The original specs for the 458 B&M called for a case length of 2.295 inches.     Once I started load development many of the available 458 caliber bullets would not seat to a proper overall length at 2.295”.      I shortened the case to 2.240 and solved that issue for most bullets.    The 458 B&M has the same case capacity as the 458 Winchester Magnum.      The big difference between the two is that for the 458 Winchester it takes a 24 inch barrel and a 9-10 lb rifle to reach it’s maximum potential, where the 458 B&M can reach it’s that same potential in an 18 inch barrel, exceed that potential in 20 inches and a 7-8 lb rifle!    That is quite a difference when one goes to the field!

A detailed hunting report can be found on Accurate Reloading link below.

Creating Brass for the B&M Cartridges

Non-Conventional Bullets and how they work

For more information about Solids and how they work.

Our Friend David Hunt put his 458 B&M to work this year in South Africa.

David used a 450 TSX in his rifle and hammered a really big lion and giraffe during his hunt.    Congratulations David, well done.

David had Wes from Accurate Innovations stock the rifle, a 20 inch stainless version.

Beau and his 458 B&M Adventure

My friend Mike Nice and I met a few short years ago when he and his hunting partner both decided that they needed a 458 B&M for their future hunting adventures.   Both have been very successful with their rifles over the last few years.     Not long after, Mike introduced his Son In Law, Beau, to Safari, and Beau has been hooked ever since.    Having toyed with Mike's 458 B&M on two previous Safari's, Beau bought an excellent 19 inch 458 B&M I had here, that I was tempted to keep for myself.

We went to work on the rifle to get it  ready for his 2014 Safari, his 3rd, and his goal was lion and leopard.   I had the rifle set up shooting the 250 Socom about an inch high at 50 yards, and the 420 Raptor/450 #13 Solid dead on at 50 yards.   However, when Beau arrived in Zimbabwe the 250 was not behaving properly, shooting overly high.    While the 420 Raptor was steady dead on.  Confidence in ones rifle, load, and bullet is very important on any Safari, Beau was confident with the 420 Raptor, and chose it to do all his work for him.   I concur with that decision, in this situation, and of course with Beau's excellent shooting, and the 420 Raptor running 2275 fps or so, powered by the 458 B&M Cartridge, Beau was extremely successful in his quest, with everything being a 1 shot affair.    I received an excellent short video of Beau taking his lion, leopard, hippo and a 13' 5" crocodile on his safari.    This website only takes You Tube video, and I have not figured out how to get other video on yet, but as soon as I do, I have Beau's permission to share it here with you.

I reviewed the video of  the leopard. He was facing slightly quartering in the crotch of the tree the bait was in.   It appears the 420 Raptor hit point of the left shoulder, or slightly left of that, exiting rear right and going into the tree itself.   The cat bit at the bait,  3-4 seconds later fell out of the tree and that was it, over, end of story.

Beau's lion was feeding on a hanging bait, what appears to be a dead on shoulder shot, it broke the lion completely with it dropping straight down to the ground.  It wiggles for 4-5 seconds, rolls over on it's side kicks a few times and once again, end of story.    It never moves further than rolling over on its side from where it stood.

One of the most difficult shots in the hunting world is crocodile.   Only a brain shot, or a neck shot will anchor the animal in place.   Any other shot and the animal will most likely be lost.    Either shot is difficult, target small, and the pressure is on.    Beau executes a perfect center neck shot with his 458 B&M, the animal wiggles the rear some but cannot get his legs into motion.    A wise second shot to pay the insurance ends with a fantastic, large old crocodile, being anchored permanently.

Beau has accomplished much in his short hunting career, and now after his 3rd Safari he has buffalo, elephant, hippo, lion, leopard, and crocodile in the bag.  Myself, I am just a little upset with Beau, especially over this leopard deal.   I spent 75+ nights in blinds over an 8 year period before I finally put one of those spotted, evil, cats in the salt.   Beau just made that entirely too easy....... HEH..........

Regardless, Congratulations Beau on your success, and we thank you for sharing this with us.   We are very proud of your accomplishments.

The Versatility of the 458 B&M

In my opinion the 458 B&M is the most versatile of all the B&M cartridges, and many others tend to agree with me.

1 able to adapt or be adapted to many different functions or activities:

Once again, our friend Mike Sager has put his 458 B&M to work, showing just how versatile it can be.    With the development of new bullets from Cutting Edge Bullets, this versatility has been enhanced far beyond anything seen in .458 caliber since there has been a .458 caliber rifle of any kind.    In 2013, as you see below, I used the then new pair of 250 gr bullets from Cutting Edge on a variety of animals from impala to buffalo.   On Mike's recent Moose hunting adventure in Alaska, he opted to use the .458 250 gr Socom bullet in his 458 B&M 18 inch gun.   Now recall, Mike has used his 458 B&M for several elephant and buffalo over the last few years, now it served him extremely well in Alaska for moose.   Mike ran the 250 Socom at 2900 fps, and shot his moose at 200 yards.   It was one shot and down for the count, and then an insurance shot.    Both bullets "EXITED" this huge moose..........

Just a couple of months ago, I stated the 458 B&M was going to Africa to serve as a backup rifle to the 50 B&M Alaskan that was along for the trip. As it turned out, the little 458 B&M did by far the bulk of the work on this trip, and it did it very well.

As always I am looking to add versatility to my rifles.   Dan from Cutting Edge Bullets and myself had been busy with a 250 gr #13 NonCon HP and CEB working separate on a 250 gr HP for the 458 Socom.   I had both loaded in the 458 B&M for test work on Plain Game... Zebra, wildebeast and such.   The POI worked great with heavier bullets such as the 450 Safari Solids.   Now, this 458 B&M I could choose and pick the bullet, based on the mission at hand, without worry of Point of Impact.  This added greatly to the versatility of the 458 B&M, from Impala to Elephant!

Our friend and pal Mike Sager returned recently from a very successful Safari in which he took a great old elephant with his 458 B&M.  His rifle is listed below, he has been using it for some time now.   Mike caught this grand old boy out in the open, using a 450 gr CEB Safari Solid, Mike broke both legs and punched through the heart.   The elephant dropped on the spot, and had expired by the time they reached it.    Bullet performance was phenomenal to say the least.   In the series of photos below, you can clearly see that both legs had been completely broken and splayed out at abnormal angles.    It appears the old boy took a nose dive as his support structure was taken out from under him.

Paul is a friend of our pal Brent Ebling.  Brent brought Paul down for a few days visit late in the year 2012.   The two of them had a hunt in Zimbabwe planned for 2013.  Brent being a veteran of several safaris, this was going to be a first for Paul.   Brent had suggested Paul get a 458 B&M built for the trip, as buffalo was the main objective.   Paul shot several B&Ms during our visit, and settled on an 18 inch Stainless 458 B&M fitted with a laminated Accurate Innovation Stock.   The rifle turned out great.    Paul was very successful, his first buffalo ever measured spread was 41 Inches!   I have never taken one that big myself.   Well done Paul.  Paul used the 420 Safari Raptor backed up with it's matching 450 Safari Solid to complete his mission. 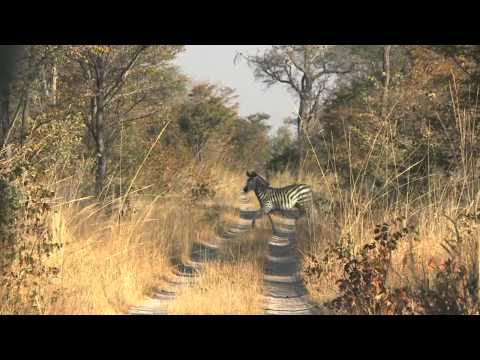 In a few months we will be headed back to South Africa, and then on to Zimbabwe.   Once again, one of my favorite rifles will be making the trip, a 18 inch Gunkote/bastogne stock 458 B&M.  Its the same rifle that went to Zimbabwe in 2011, sporting the English stock, but I have replaced that stock with a gorgeous bastogne we built for another rifle.   Last trip the little 458 was backup to the 500 MDM in 2011, and this trip it is serving in that same line of duty as backup to the M71 in 50 B&M Alaskan.   But I will be doing some primary work with this 458 B&M and some of the new 250 gr #13 NonCons, at 2850 fps.   This very light for caliber bullet is doing some really serious things, and I want to put it to the test in the field this year.   Not only does this bullet do extremely well in 458 B&M, but also the 458 B&M Super Short, and the old 45/70.

I think this would be the bullet of choice for tracking around in Alaska.

Speaking of Alaska, and cold, wet, or snowy places, I just received some of our new Snow Camo Ultimate Stocks, and I fit one to my 458 B&M Alaska rifle.   I like this!

The new Camo Ultimate stocks are done by Virginia Hydro Designs.  We are very pleased with the outcome of these stocks, and now have some available in both Snow Camo and Desert Tan Camo.

Virginia Hydro Designs can do nearly any color you can imagine, even pink..........   You can visit their website below for more details.

With My Good Friend Mike Nice

I am rather proud of the fact that Mike Nice chose the 458 B&M to be his #1 Dangerous Game Rifle.    Mike is a very experienced Dangerous Game Hunter with numerous safaris under his belt, and in years past, like myself, has carried various sorts of DGR's including his last being a Ruger in 458 Lott.   Mike just returned from Zimbabwe where he carried his Winchester M70 458 B&M, and had great success with what we call a "ration elephant",  the hunter being able to hunt elephant for local rations at a  reduced price.   No trophy animals can be hunted, and no trophies taken on a hunt  like this.

Comments from Mike about the hunt;

Another good friend of ours, Mike Sager now has his custom 458 B&M.  It sports an 18 inch barrel, is GunKote, and has an Accurate Innovations laminated stock!

Below you see a new 458 B&M built for a good friend Ron Berry from Accurate Reloading.